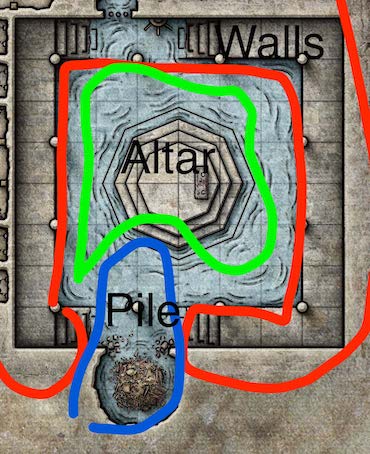 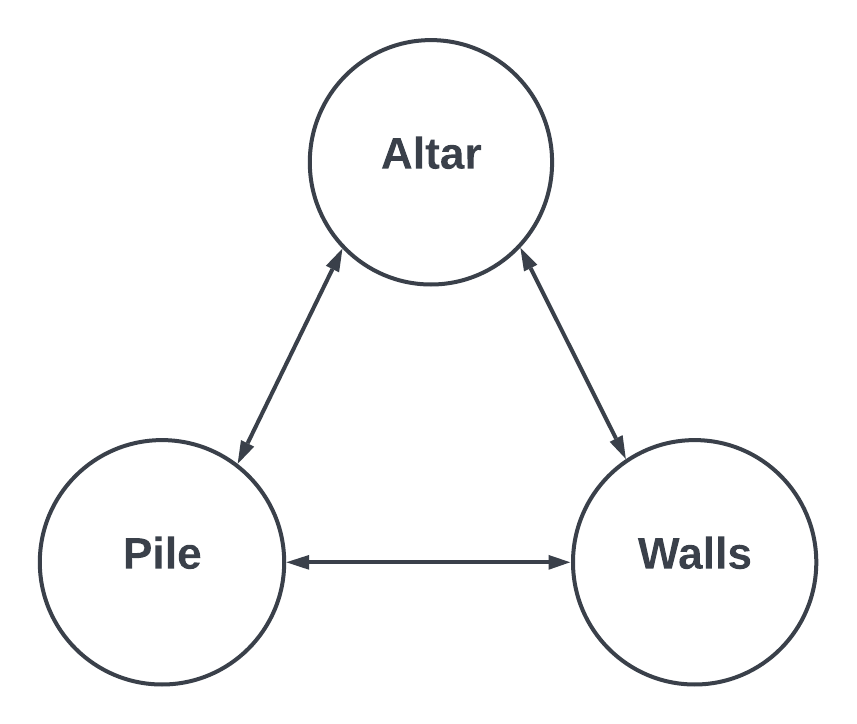 How does it work?

Adjency determines movement, for this example since all 3 zones are connected, 1 movement action can get from any to any (not always the case… depending on the map).

Walls is pretty large, and first thought would be it should be multiple zones, but I doubt any “interesting” combat can occur with that level of fidelity. If you can find some, then you could split walls into East and West walls.

Ranged characters can hit from any to any. Unless the map is large enough to warrant special rules. Use common sense.

Creatures moving into a zone can choose to apply the “flanked” tag to a single opposing creature assuming they have an unhindered ally in the same zone.

Creatures and spend a movement to move from one zone to another OR remove a tag like “flanked” while staying in the same zone. Other positional based status should work similarly.

Creatures that move out of an enemy occupied zone will provoke attack of opportunity. Other positional movement where a creature moves out of range should also apply here.

Large AOE attacks will hit everyone in a zone unless a player can convince the DM via narration that it shouldn’t. With DM ruling final.

Conical attacks can hit 1 target in your current zone and 3 targets in adjacent zone… assuming the DM thinks it makes sense.

Zones can be tagged with Terrain effects (rough, impassable, reduced visibility etc.), players are considered to be under those effects while in or moving through the zone.

Zone Chart is for DM reference, but not necessarily for Players. All info should be communicated to players via narration or discussion.